A digital editor and writer specialising in content planning, commissioning and strategy, across literature, entertainment, and culture. Bylines in Time Out, Flight Centre, i News, Buzzfeed, and Penguin Random House. 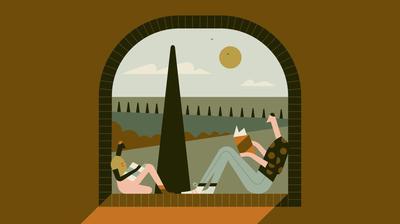 From whip-smart whodunnits to novels that break all the rules, these Booker Prize-nominated titles will take you on a journey through the France we know and love – and show you another side of it, too 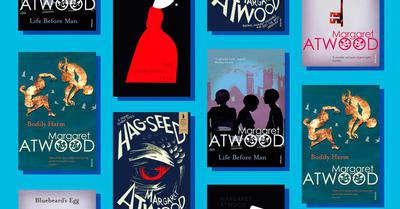 Dystopia, poetry, essays – where do you start with the Booker winner's work? Our handy list will guide you. 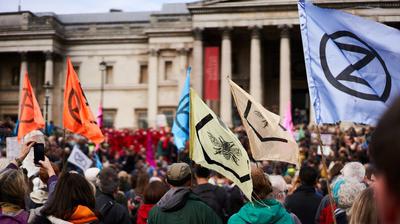 The books that inspired the Extinction Rebellion protesters

We asked activists at the historic event what they’ve been reading. From Margaret Atwood to Silent Spring, here are their answers. 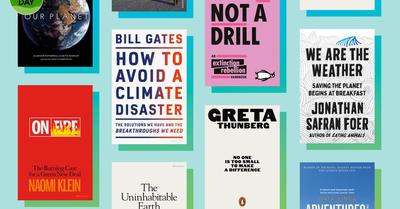 Temperatures, sea levels and anxiety about the future of the planet are all on the rise. But how do you separate fact from fiction, and what can you really do to make a difference? Here are the books you need to read about tackling climate change. There are few issues facing humanity more pressing than climate change. With temperatures and sea levels rising, it’s never been more important to identify – and to solve – the problems of emissions and carbon footprints in order to create a more sust

Horror stories to listen to with the lights on

As the dark nights draw in, nothing beats a good old-fashioned horror story. From terrifying Japanese folklore to monster-sized classics, here’s five of our favourite audiobooks sure to haunt your waking hours. Narrated by The Walking Dead star Eleanor Matsuura (she plays Yumiko), this collection of supernatural stories draws on traditional Japanese folklore where the dead wreak havoc on the living, faceless spirits haunt lonely neighbourhoods and priests devour human flesh – all infused with m

Must-reads of 2019: the best new books of the year

Voyage into the planet's past and future with Robert Macfarlane, return to Gilead in Margaret Atwood's explosive follow-up to The Handmaid's Tale and celebrate the 70th anniversary of the dystopian classic Nineteen Eighty-Four . These are the books and literary moments to look out for in 2019. All the Rage by Cara Hunter (26 Dec). Hunter’s DI Adam Fawley crime series has received widespread acclaim for allowing a unique insight into police investigations. In her latest instalment, a teenage gir 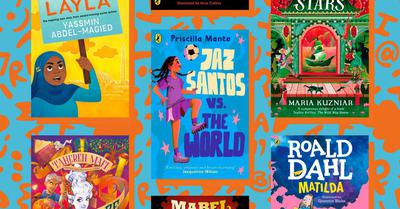 Here come the girls! This collection of seriously sassy stories feature the boldest, bravest, and most brilliant girls in kids fiction. Prepare to be inspired. 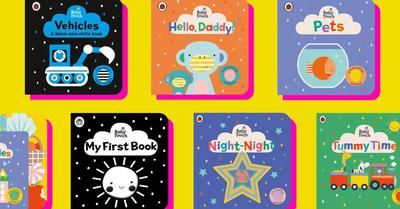 It’s never too early to encourage a love of reading, and books are a fantastic way to stimulate your baby’s ever-expanding brain at all stages of their development. 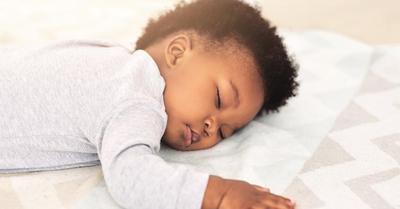 8 books to help little ones settle into a routine

Sometimes you need a helping hand from a favourite character or soothing story to help them settle. Whether it’s a new routine they’re adjusting to or a case of alleviating the bedtime blues, these calming tales will have them dropping off in no time. 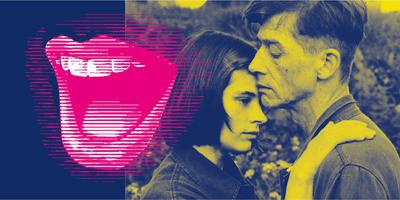 Nineteen Eighty-Four, Julia and the unstoppable rise of the feminist literary retelling

Sandra Newman’s take on George Orwell’s masterpiece is the latest in a line of books that reimagine classics from a female perspective. And there are many, many more to come in 2022 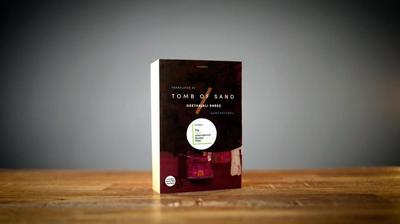 The International Booker Prize effect: how Tomb of Sand made literary history | The Booker Prizes 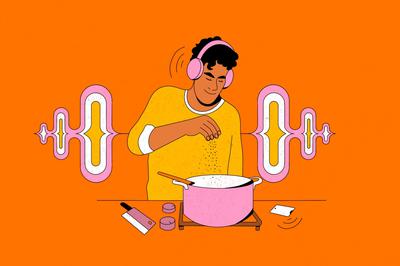 Getting started with audiobooks: a beginner's guide

Have you decided to take the plunge with audiobooks but don’t quite know where to begin? Here's your step-by-step, practical guide to joining the wonderful world of this boundary-pushing format.

In less than a year, climate activist Greta Thunberg has become a global figurehead for change. Her impact is unquestionable, nominated for the Nobel Peace Prize and honoured with an Amnesty International Award. We spoke to four young activists who told us why they too are striking and why we must act now.

The books that inspired the Extinction Rebellion protesters

We asked activists at the historic event what they’ve been reading. From Margaret Atwood to Silent Spring, here are their answers. 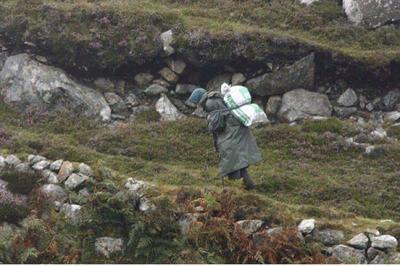 FarNorth.scot — Tales from the Highlands and Islands of Scotland • 14th May 2021

Like many islanders, my grandmother, Katie Macleod – or Granny Kay, as I knew her - was an indomitable woman. A crofter by birth and trade, she was born on the Isle of Harris in 1930.

Books that define the ‘Windrush’ experience

The generation of Caribbean migrants who helped rebuild post-war Britain between 1948 and 1971 have been in the news repeatedly since a 2018 scandal which saw many of them wrongly deported. Here Sara Collins , the award-winning author of The Confessions of Frannie Langton , offers a reading list of books that help define their experience. ‘Ships at a distance have every man’s wish on board.’ Though it has nothing at all to do with West Indian immigration to England, the opening line of Zora Ne

As the Tate unveils a new retrospective of the icon’s work, Blake Gopnik, art critic and author of a new biography on Warhol , looks beyond the celebrated works to a lesser-known side of the pioneering artist. When Andy Warhol made the 25 paintings of trans women and cross-dressed men that are starring in this spring’s Warhol exhibition at Tate Modern, the project didn’t begin as his idea. In April of 1974, an Italian dealer offered him a lavish million dollars to create 100 paintings on ‘the

The author of 2019's Costa Book of the Year Award reflects on the literature that helped him understand one of history's darkest periods. On the 75th anniversary of Auschwitz’s liberation, it’s hard to imagine a time when the Holocaust did not dominate our thinking about World War II. Yet after the immediate horror that greeted the liberation of the camp, and the other Nazi camps in 1945, the mass murder of Europe’s Jews scarcely lodged in the public’s consciousness. It wasn’t until the early 1

100 years after The Sex Disqualification (Removal) Act, there’s still progress to be made

December 23rd quietly marks a centenary since one of the most significant pieces of legislation in modern Britain passed, allowing women access to professions that previously had closed doors. 100 years on, social historian Jane Robinson looks at the achievements of the pioneering women who fought for gender parity. In the history of women’s rights, there are certain books that stand out like landmarks. Ray Strachey’s The Cause (1928), about the fight for the vote and equal opportunities for wo

Former Attitude editor Matthew Todd argues that ecological breakdown could also mean the demise of diversity and the end of equal rights. Alongside Extinction Rebellion, he urges us to continue to fight for social and climate justice.

I’m currently in the middle of reading The Ruins and it’s consuming me in much the same way Survivor by Chuck Palahniuk engrossed me as a teen. It’s giving me so much joy; bus journeys have become shorter and spending time in doctor’s waiting rooms feels like a hobby with this book in my hands. As a dedicated Suede fan for the past 25 years (Osman is the bass player), some would consider me biased but I think this book stands apart from my long term admiration and just is a remarkable debut. Th 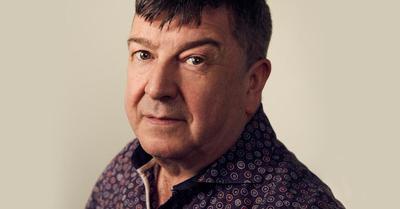 The broadcaster likes to dabble in multiple books at the same time. From a collection of prophetic poetry to a classic Greene, here’s what is on his (groaning) bedside table at the moment.

The Booker Prize-winning author on the TV, film and art that has inspired him, including a surreal dance performance and a Toni Morrison-endorsed novel. Marlon James' 2015 novel A Brief History of Seven Killings won the Man Booker Prize, and became a New York Times bestseller. His return last year, Black Leopard, Red Wolf, brought him a fresh wave of admirers by uniting the fantasy and literary worlds. Drawing on his love of mythology, the novel was partially borne out his frustration at the d 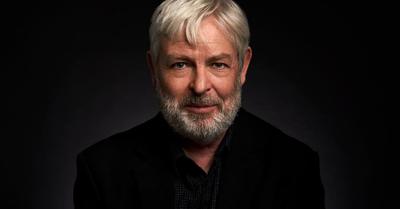 The author of Costa Book Award-winner Middle England talks us through what's on his bedside table at the moment, from vintage psychological thrillers to French bestsellers.

The author of The Private Life of an English Field looks for ‘restorative reads’ after long, chilly days working his land. From a period Parisian thriller to nature-led poetry, here’s what's been on his bedside table in 2019. John Lewis-Stempel is born and bred Herefordshire. After years working as an academic, he returned to farming, working the land his family have lived on for over 700 years near the England-Wales border. He won the Wainwright Prize for Nature Writing in 2015 for his book T 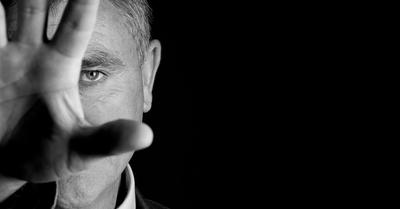 The former SAS soldier came to reading late in life but is now a voracious reader. From a book that demystifies psychopaths to Malcolm Gladwell’s latest, here’s what's been on his bedside table recently.

The science writer and broadcaster reads 'to escape the confines of her own lived experience'. From a Booker longlisted novel to an exposé on eugenics, here's what's been on her bedside table recently. Environmental journalist Gaia Vince wanted to experience the impact of globalisation and a rapidly-increasing population on the environment first hand, so she bought a ticket to Kathmandu in Nepal. A trip that was meant to last six months turned into two-and-a-half-years travelling through over 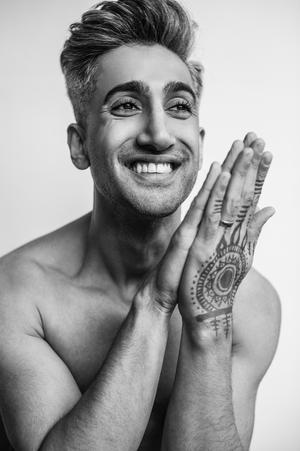 Queer Eye’s Tan France: There aren’t enough stories like mine being told

Since becoming one of Queer Eye’s ‘Fab Five’, Brit-born stylist Tan France has gone from relative unknown to TV star, loved for his warmth (and more than a bit of sass). To mark the release his new memoir, he tells us about his struggles growing up and why we need more out and proud Asian men. 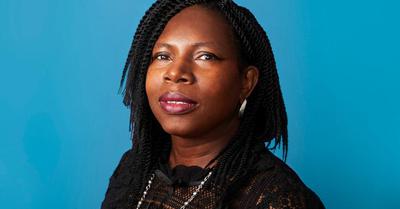 We spoke to the debut writer of Book of Echoes about paying homage to South London, being inspired by Toni Morrison and her former life fixing chocolate crocodiles...

From searching space for alien life to talking organisms while in the nude, science writer Lewis Dartnell takes our author Q&A. 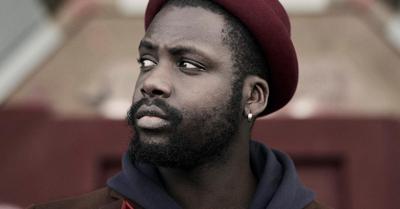 Stormzy called him ‘a true master of his craft’, and Idris Elba wants to film his work. We speak to the writer of That Reminds Me about how a desire to understand himself drove him to discover storytelling. 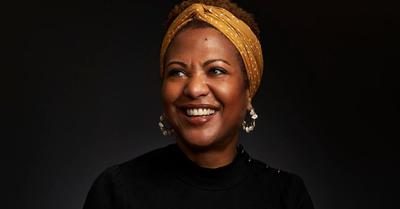 We speak to the Costa Book Award-winner about her love of Toni Morrison, the pain of the writing process and her fondness of pistachio gelato. 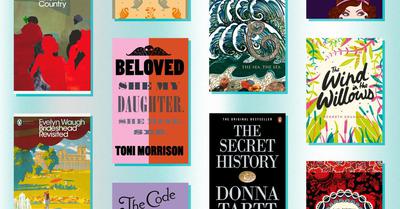 100 must-read classics, as chosen by our readers

They broke boundaries and challenged conceptions. We asked you for your must-read classics; from iconic bestsellers to lesser-known gems, these are your essential recommends.

12 bookish days out for children in the UK

The book my mum gave me: authors remember their most treasured literary gift

This Mother's Day, Penguin authors reflect on the inspirational books and stories their mothers left with them. 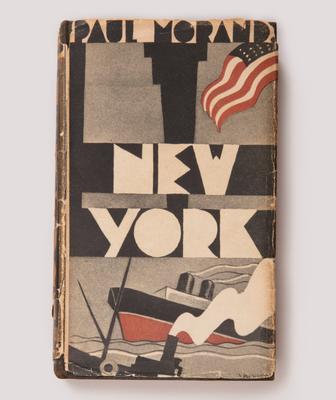 Books jackets are often as iconic as the words they contain. We find out which ones have inspired the designers who make them for a living. 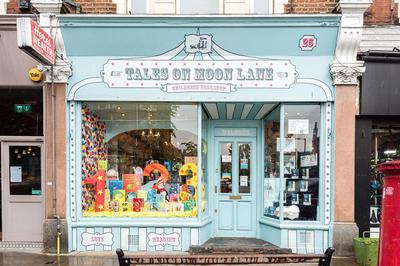 17 of the best indie bookshops for kids

These kid-friendly independent bookshops are the perfect place to inspire and amuse young readers; they’re jam-packed with brilliant characters, tall tales and wonderful stories. The perfect places to get lost in a book together. 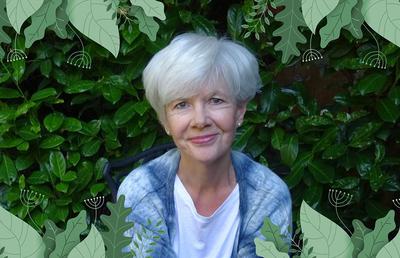 Mary Lawson began writing when her children went to school, creating tender stories that felt familiar to her – about family life in small towns and backwater communities. Their ups and downs, their joys and sorrows. And if you're loo 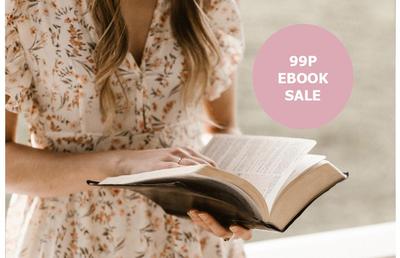 As the days get warmer and the mornings brighter, there's never been a better moment to grab a little 'me-time'. And what better way to indulge than a new book, or two.
Close ✕